Board is an open platform which shares your translations of contemporary art in the formats of text or image. Everyone is invited to participate and post their contributions either in English or Korean, or both languages.

List
No.
Title
Writer
1.
Review on NARI WARD: WE THE PEOPLE
Boyoung Chang

As the Floorplan stands in solidarity with the people who are against racism, we shed light on the exhibition of Nari Ward which took place at the New Museum, New York, last year by Boyoung Chang’s review. 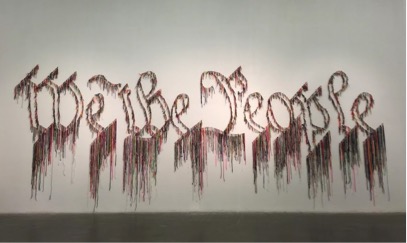 The title of the exhibition derives from the first three words of the Preamble to the US Constitution, which reads “We the People of the United States, in order to form a more perfect Union, establish Justice, insure domestic Tranquility, provide for the common defence, promote the general Welfare, and secure the Blessings of Liberty to ourselves and our Posterity, do ordain and establish this Constitution for the United States of America.”

Recontextualizing the phrase with everyday material and making it less legible, it exemplifies how the exhibition addresses the complexity of American identities and histories. 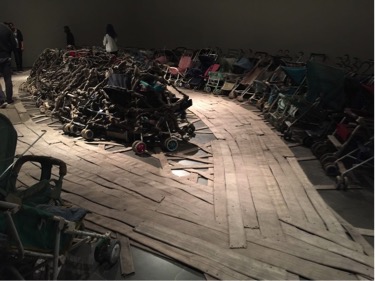 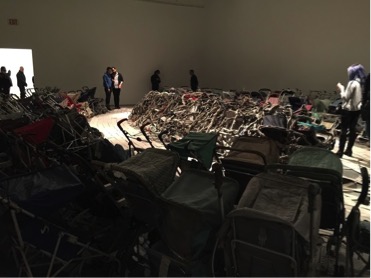 His utilization of junk material addresses African American lives in Harlem, New York. Large-scale installations such as Amazing Grace (1993) consists of castoff baby strollers - the homeless often use them to carry their belongings - and fire hoses that he found on the streets of Harlem. It encourages the visitor to sense the environment that he created along with the sound and the smell that it carries. The ghostly ambience of the room, accompanied by the melancholy that the song played conveys, contradicts what baby and strollers might suggest in general. 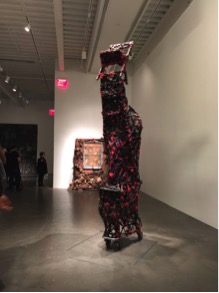 As an African American who moved to the US from Jamaica, Ward also evokes African American history, such as that of slavery. When dealing with the issue, one of the visual languages that he adopts is accumulation: just as he gathered junks to make a tower-like sculpture in Savior (1996), which reminds us of the homeless who carry their belongings, Ward’s Breathing Panels series (2015 -) is constellations of perforations and nails on copper plates that referred to holes in the floorboards of the church of the First African Baptist Church in Savannah, Georgia that allowed the escaped slaves to breathe as they moved beneath. 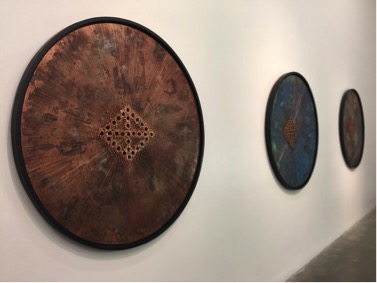 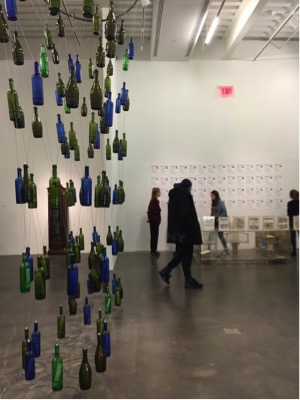 While the artist’s identity as an African American immigrant intersects with his work, he expands the scope to embrace the more general issue of American identity and immigration. Naturalization Drawing Table (2004), for example, involves a mock immigration paperwork. By participating in the performance, the viewer reconsiders the issues of nationality, citizenship, and the process of obtaining it.

As a survey exhibition that chronicles the artist’s career, this exhibition provides a comprehensive overview in a balanced way. It provides the intersectional perspective on American identity in various media - installation, sculpture, video, and so on - in a dialogue with both art history and American history.